The Woody Guthrie Center is a gem of a museum located in Tulsa, OK. Opened in 2013, the Center celebrates the art and life of Oklahoma native son Woody Guthrie and has a beautiful spot right in the heart of the Brady Arts District in thriving downtown Tulsa.

Woody Guthrie – Spreading Hope Where There Was None

For those who don’t know, Woody Guthrie (1912-1967) was born in Okemah, OK, and was an incredibly prolific writer, folksinger, and illustrator. He wrote and commented on the issues of his day and became known for being a champion of the common man.

Certainly one of his trademarks was offering a message of hope and good humor to so many people who had none as they struggled during the dust bowl and Great Depression. Perhaps his best known work is the song “This Land is Your Land” which has become a bit of an alternative national anthem for America.

Woody Guthrie was a modern-day troubadour. He traveled the United States and the world, performing, writing, and spreading his message to anyone who would listen.

His guitar, harmonica, or fiddle were always close by, and although he did record much of his music over the years, money or fame were not important to him. It was always about the people and the friends he made out on the road. It was about understanding people and telling their story.

His influence is everywhere in today’s music. There is hardly a singer recording music today who was not influenced by Woody himself or someone close to him. It’s truly remarkable to think about the impact he made on those around him.

Although Woody was probably best known for his music, he was a masterful illustrator and writer as well. He also served in the military, where he developed a strong sense of service and duty. Woody was not shy about his politics during World War II, and the museum will give visitors a sense of what he stood for and his strong beliefs.

One of the really great features about the museum and one that surprised me was the sheer amount of comics, doodles, and sketches that he made. Some are funny, some are poignant, and others are politically charged, but they are all fascinating. Woody was able to say so much with so few words.

Also on display are Woody’s papers, letters, writings, books, and scrapbooks, which provide a fascinating look into his life and his adventures.

The archives at the Woody Guthrie Center are immense, as you would imagine, and they’ve taken great care in documenting his life’s work. The Center is world-class destination for researchers of art, film, literature, and music.

All of these diverse interests are brought together at the Woody Guthrie Center in a beautiful and inspiring way. The museum is gorgeous with warm and inviting areas that allow visitors to stroll through and really get a feel for Woody Guthrie and his work.

This museum is perfect for families as it is small and easy to navigate. Some really great features include an interactive map where kids can discover more about Woody and his diverse and colorful life, and also a sound booth where visitors can experience Woody’s music.

The museum is home to some amazing pieces including Woody’s guitar and fiddle that he carried with him during the war. Over the years, Woody etched and carved on it, making it an incredible art piece all it’s own.

Other amazing pieces include his banjo, handwritten lyrics, letters, notes, and an entire wall of etchings, cartoons, sketches, and doodles. Woody was a master of capturing the politics and struggles of the day and turning it into an art from.

The centerpiece of the museum (quite literally) focuses on “This Land Is Your Land” and its impact on America. It is beautifully done, with Woody’s hand written lyrics taking the spotlight.

A ‘guitar chandelier’ hangs above as a nod to the artist who would’ve found crystal to be too fancy.

The museum space itself is stunning. Maybe it’s because I’m a music nerd, or it’s in my town, but whatever the reason, I came away totally impressed with it. We travel a lot as a family, and we have visited some of the most famous museums with some of the finest collections in the world, and the Woody Guthrie Center holds its own.

Kids and adults alike will find much to do and learn here. Besides Woody himself, history about the Dust Bowl, the Great Depression, Woody’s legacy, and today’s influences all figure prominently in the museum and its various exhibits. Our kids particularly enjoyed the interactive map and the and ‘music bar’.

We also enjoyed a special exhibition entitled “For the Good Times: The Artistry of Kris Kristofferson.” It was a unique look at the life of musician, actor, and Rhodes Scholar Kris Kristofferson. Like every other exhibit, it was very well done. Fun fact: Kris won a Golden Globe award for A Star Is Born in 1977 for best actor and co-starred with Barbara Streisand who also won the Golden Globe for best actress.

Whether you’re just passing through on famous Route 66 or are a local who hasn’t yet visited, you’ll want to stop by ASAP. I consider this one of Tulsa’s finest museums and one of the most interesting we’ve visited as a family. Everyone will love it, and I guarantee you’ll learn something cool about one of America’s musical treasures.

Here’s some inspiration before you go!
(The following are affiliate links that help support our site. Thanks for reading!)

This Land Is Your Land 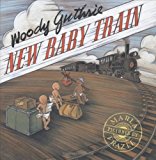 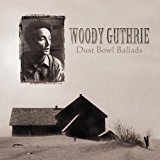 And for some perspective, the amazing documentary by Ken Burns, The Dust Bowl 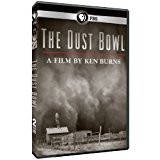 This is the first piece in our series entitled #ExploreHome which encourages families to explore together and that adventure can be found anywhere, even close to home.

What’s your favorite museum? Let us know over on our social media channels and give us a ‘Like’ and ‘Follow’ while you’re there!

Drop us a line!

Want to travel better with your kids?

Enter your email for our best tips and insider deals.